Back From Brink, Sasol Gets On The Path To Greener Chemicals 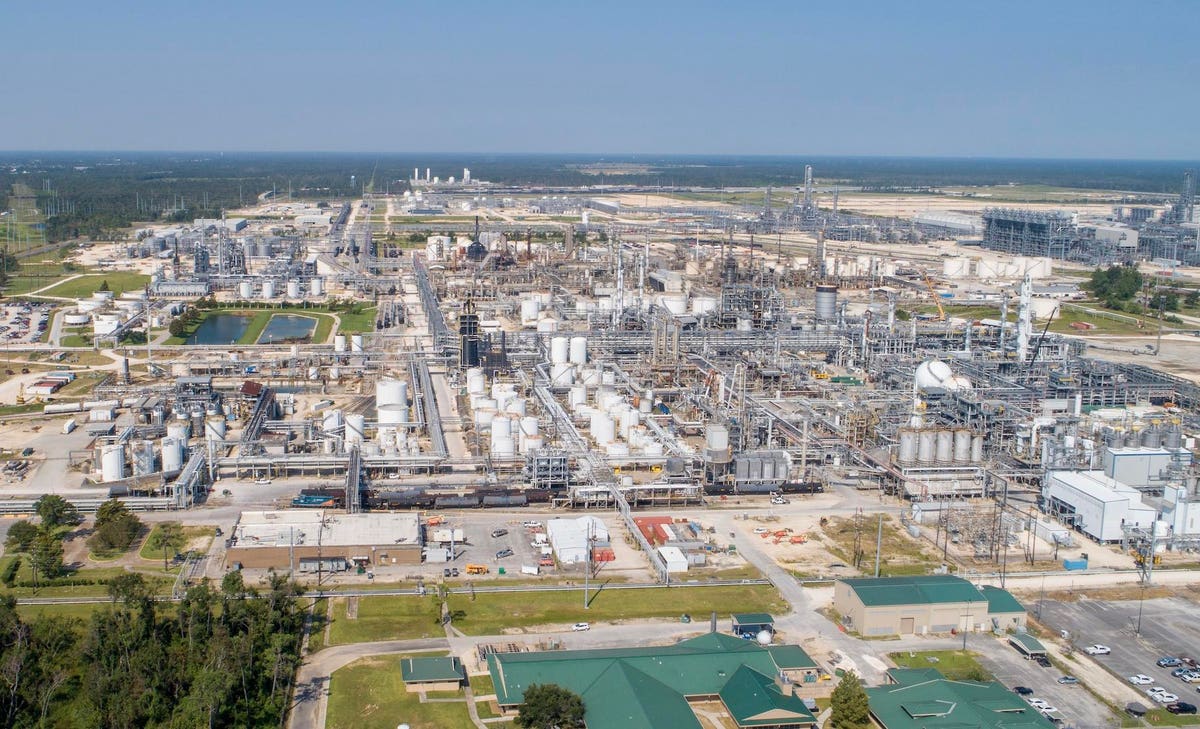 After a peripatetic four decades at Sasol, CEO Fleetwood Grobler now spends most of his time at the Johannesburg, South Africa headquarters of the chemicals giant. In late September however he stopped at Sasol’s Houston offices (still nearly deserted vs pre-pandemic), in part to get an update on the Lake Charles Chemicals Project. It’s a Louisiana megaproject that started development in 2011 at an expected cost of $8.9 billion, felled four CEOs due to mismanagement and cost overruns (including co-CEO duo Stephen Cornell and Bongani Nqwababa). And it was also an albatross around Grobler’s own neck when he took over the reins of the company in 2019.

After a decade of CEO outsiders, going with a Sasol lifer like Grobler, 61, was almost contrarian. He’s been at Sasol since a high school internship in 1979, and in his engineering career has worked at Sasolburg, Secunda, Germany and more. All the exposure “gave me a different make up,” he says.

He immediately set out to “draw a line under everything we’d done, look at what is remaining, and put a cost to that.” Now complete, at a cost of $12.75 billion, the plant makes products like low-density polyethylene, ethoxylates and alcohols, primarily using natural gas as feedstock. “Yes it was 43% over budget, we’re not proud about that. But now we’re going to make sure that never happens again.” In more ways than one.

First off, under Grobler, Sasol would not again attempt to bite off more than it could chew. “It was almost as much as our market cap. After living in a realistic world, to do that again would not be supported by any means.” Already, to reduce its exposure, Sasol in 2020 sold half its equity in LCCP to chemicals giant LyondellBasell for $2 billion. (and slashed net debt from $10 billion to $4 billion). In the past year net income quadrupled to $2.7 billion on $18 billion revenue; shares are off 19%.

But it’s not just about the “quantum of money” as Grobler calls it. But about the inevitable low-carbon transition. Indeed, last year South Africa put in place its first carbon tax. Sasol is, however, a tough company to decarbonize. It uses something called the Fischer-Tropsch process to convert coal or natural gas into refined fuels that would otherwise more commonly be made from petroleum. The process that was developed by German scientists in the 1920s. It later helped fuel Hitler’s war effort. Later, perfection of the process helped South Africa fuel its economy during the apartheid years. Sasol now makes nearly 150,000 barrels per day of synthetic liquid fuels.

The Fischer-Tropsch process needs two primary feedstocks: carbon monoxide and hydrogen. Traditionally it has relied on fossil fuels to make them. Cheap and plentiful shale gas continues to be Sasol’s rationale for making chemicals at Lake Charles. If Sasol can find “green” sources for those feedstocks then maybe it can succeed in its goal of reducing emissions 30% by 2030. “We don’t need to put new steel in the ground to produce. We need to enable the front end.”

There’s a lot of hype about the future hydrogen economy, and why not — when you burn it all you get is water vapor. But it is energy intensive to produce. Sasol makes “gray” hydrogen in its plants using electrolyzers powered by burning coal. It costs $1 a pound. At a plant in Boegoebaai, South Africa they have been starting to make small quantities of “green” hydrogen — using excess wind or solar power to run the electrolysis — but right now the cost is $2.25 per pound. That cost will come down, especially in the U.S. thanks to the many flavors of federal green energy tax credits included in the recent Inflation Reduction Act. “Whether it happens in 2030 or 2040 — with so much money invested, it’s going to happen.” Once they can make enough green hydrogen, they’ll combine it with a source of sustainable carbon (i.e. from landfill gas, or sucked out of the air), to make sustainable jet fuel.

Sasol aims to reduce its coal use by 25%, or 9 million tons a year. That will mean finding new jobs for potentially thousands of miners. Grobler sees plenty of opportunities emerging in the extraction of copper, platinum and diamonds. At Lake Charles, where Sasol still has land to spare, they are considering the construction of a plant with South Korea’s Lotte Chemical that would make electrolyte solvents for lithium ion batteries. In September Sasol announced a partnership with Japan’s Itochu Corp to scale up the manufacture of green hydrogen into more easily transported green ammonia. Already in their German operations Sasol makes bio-ethylene out of plant-based biomass and waste.

The green dreams must find fruition if Sasol is to grow. Grobler swears that they Sasol are done building big new projects that rely on coal, oil, or natural gas. Because in Grobler’s eyes the fossil fuel era won’t last long enough for them to make a good return. “If you put steel in the ground you have to run it 30-50 years to get the true value out of the investment.” The petroleum economy, and the internal combustion engine, he says, “is now plateauing and there is going to be a decline. Why would you invest in a declining market?”

Grobler, at 61, is already past Sasol’s usual expiration date for top execs. Though glad to continue this “work in progress,” his goal is to become expendable. “The most important part of management psyche is to say I don’t know and don’t need to know. But I do need to make sure they can all work together to deliver that project,” he says. “I’ve got my hand in the water. When I take my arm out there will be no ripple.”