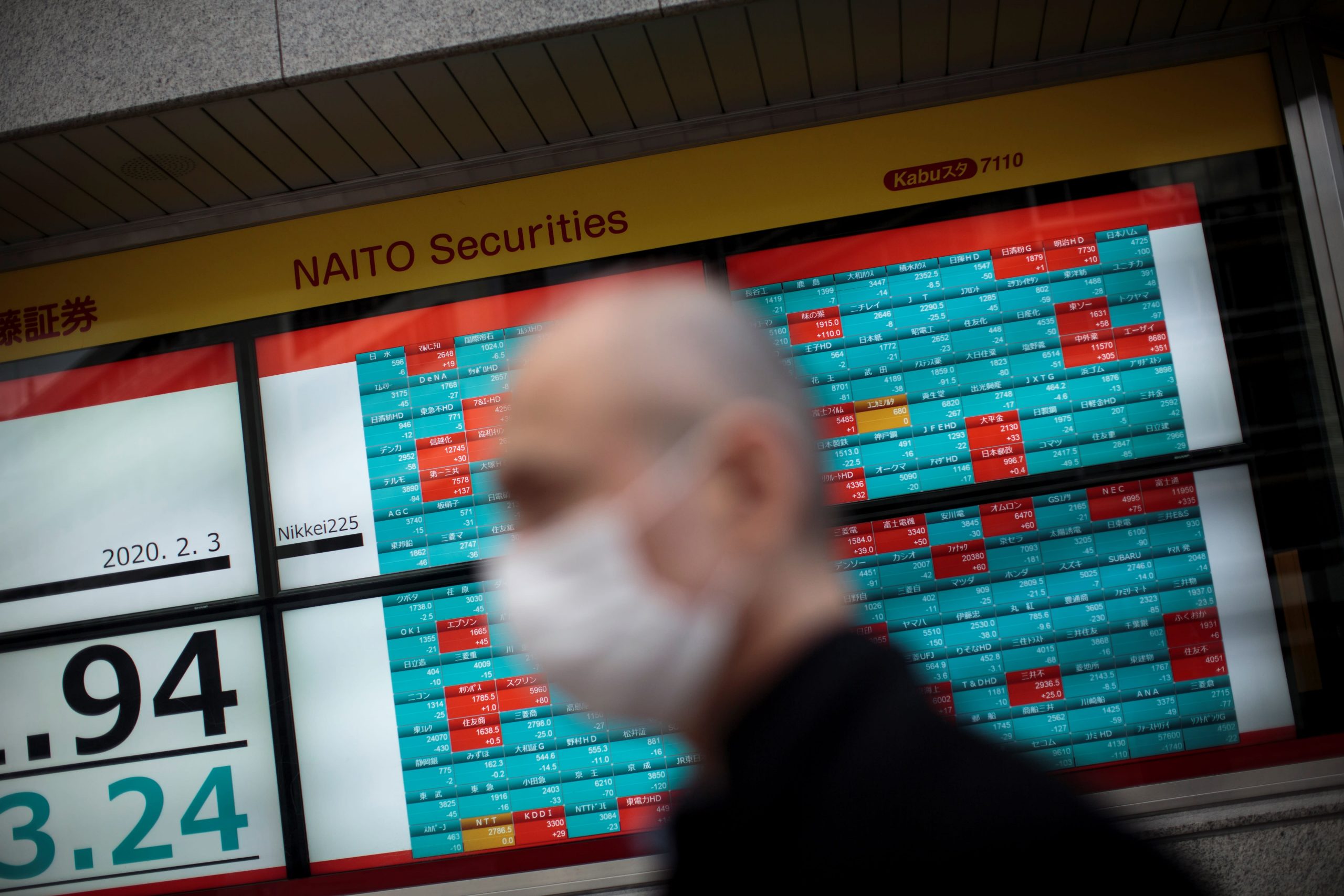 Stocks in major Asia Pacific markets were mixed on Monday as investors continue to assess the economic impact of the global coronavirus pandemic that continues to spread rapidly.

Fujifilm’s stock, on the other hand, jumped 5.98%. The moves came after the Nikkei Asian Review reported over the weekend that Japanese Prime Minister Shinzo Abe said the government will start trial procedures aimed at winning approval for an anti-flu drug developed by the company as a treatment for the coronavirus.

Investors continue to watch for developments on the global coronavirus outbreak, which has already infected more than 720,000 worldwide and taken at least 33,925 lives, according to the latest data compiled by John Hopkins University. Markets have been volatile in recent weeks, seeing sharp movements in both directions as authorities across the globe announced vast amounts of stimulus to stem the economic impact of the virus.

“The big question for markets is whether the huge stimulus introduced so far across the globe will be enough to help the global economy withstand the economic shock from the COVID-19 containment measures,” Rodrigo Catril, a currency strategist at National Australia Bank, wrote in a note.

“To answer this question one needs to know the magnitude of the containment measures and for how long they will be implemented,” Catril said. This was “unknown” at this point, he said, and suggests that markets are “likely to remain volatile” until the uncertainty is resolved.

Catril’s view was echoed by Gareth Nicholson, head of fixed income at Bank of Singapore, who told CNBC on Monday that the firm was “still cautious at the moment.”

“Until we get some sort of clarity from the virus, it’s very difficult to be … full risk-on,” Nicholson told CNBC’s “Squawk Box.”

Oil prices plunged in the afternoon of Asian hours, with international benchmark Brent crude futures down 6.58% to $23.29 per barrel while U.S. crude futures dropped 4.79% to $20.48 per barrel.

The U.S. dollar index, which tracks the greenback against a basket of its peers, was last at 98.774 after declining from levels above 100 last week.

The Japanese yen, often seen as a safe-haven currency, traded at 108.08 per dollar after strengthening from levels above 110 last week. The Australian dollar changed hands at $0.6132 after rising from levels below $0.60 in the previous week.

Clarification: This story was updated to reflect that mainland Chinese stocks were lower on Monday morning.