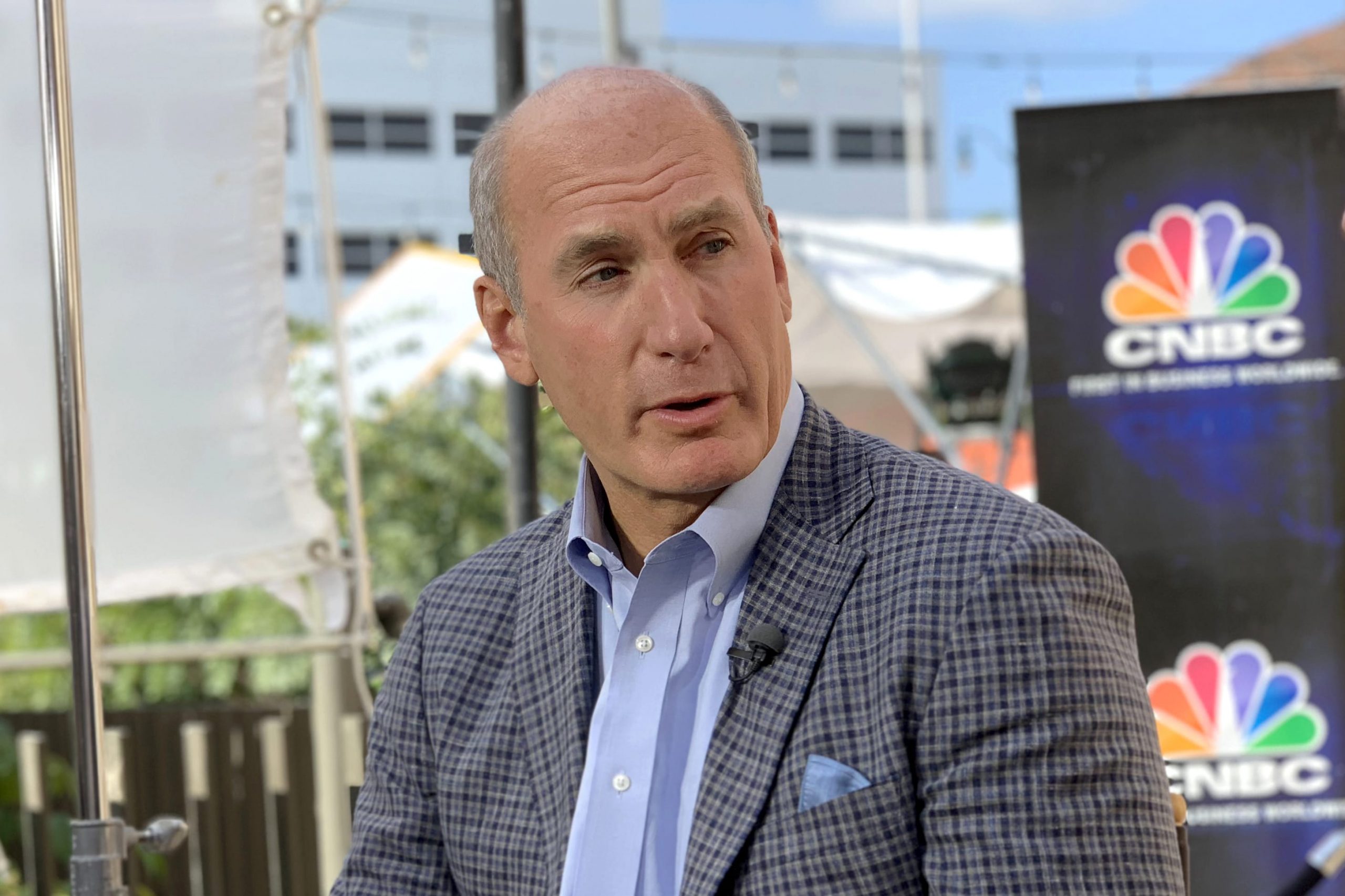 Despite the market’s dramatic drop over the past week on news about the spread of coronavirus, AT&T COO and Warner Media head John Stankey says he’s not concerned. In fact, AT&T may benefit if people spend more time at home watching content.

“That’s not all bad. I think we’re  I’m optimistic that the United States can get out in front of this and I think some of the responsible moves you’re seeing businesses make already trying to keep people a little closer to home… helps to contain it.”

Stankey says for the telco side of the business, there will be “some assets that we run short of,” but that they work-arounds for most of the equipment they use in anticipation of shortages.

As for movie theaters shuttering across China and in Northern Italy, Stankey pointed to the advantage the company has being a diversified business, and not just relying on theatrical distribution to get its content in front of consumers.

Stankey, who talked to CNBC on the heels of the launch of streaming TV bundle AT&T TV this week, said it was a key culmination of a number of changes to the company’s TV business.

“We’ve been on a march to rationalize our portfolio since we did the DirecTV acquisition and AT&T TV is just the next logical step in that occurring. It’s delivering a package of pay TV over software, and it’s doing it on a user interface that’s attractive to the consumer and offers a lot of new features and capabilities.”

As Warner Media gets ready to launch its next streaming service, HBO Max, in May, Stankey says he’s not concerned about Comcast’s NBCUniversal launching rival service Peacock a month earlier.

“HBO Max is engineered to be very different offering than what Peacock is. It is designed to be a very premium, highly curated set of original content and library content,” says Stankey. In 2021, Warner Media will add an ad-supported version of HBO Max. Speaking of the flood of streaming options, he said, ” I don’t think we should think about these products as being one or the other.”

Stankey demurred when asked which of the presidential candidates would be most beneficial for the telco and media giant. He said that the company just hopes the administration continues the right policies to enable AT&T to invest on a heavy level.

“We provide the kind of services that are relevant for tomorrow’s economy so I think we’ll be fine either way,” says Stankey referring to the presidential election.

NBCUniversal is the parent company of CNBC and CNBC.com.