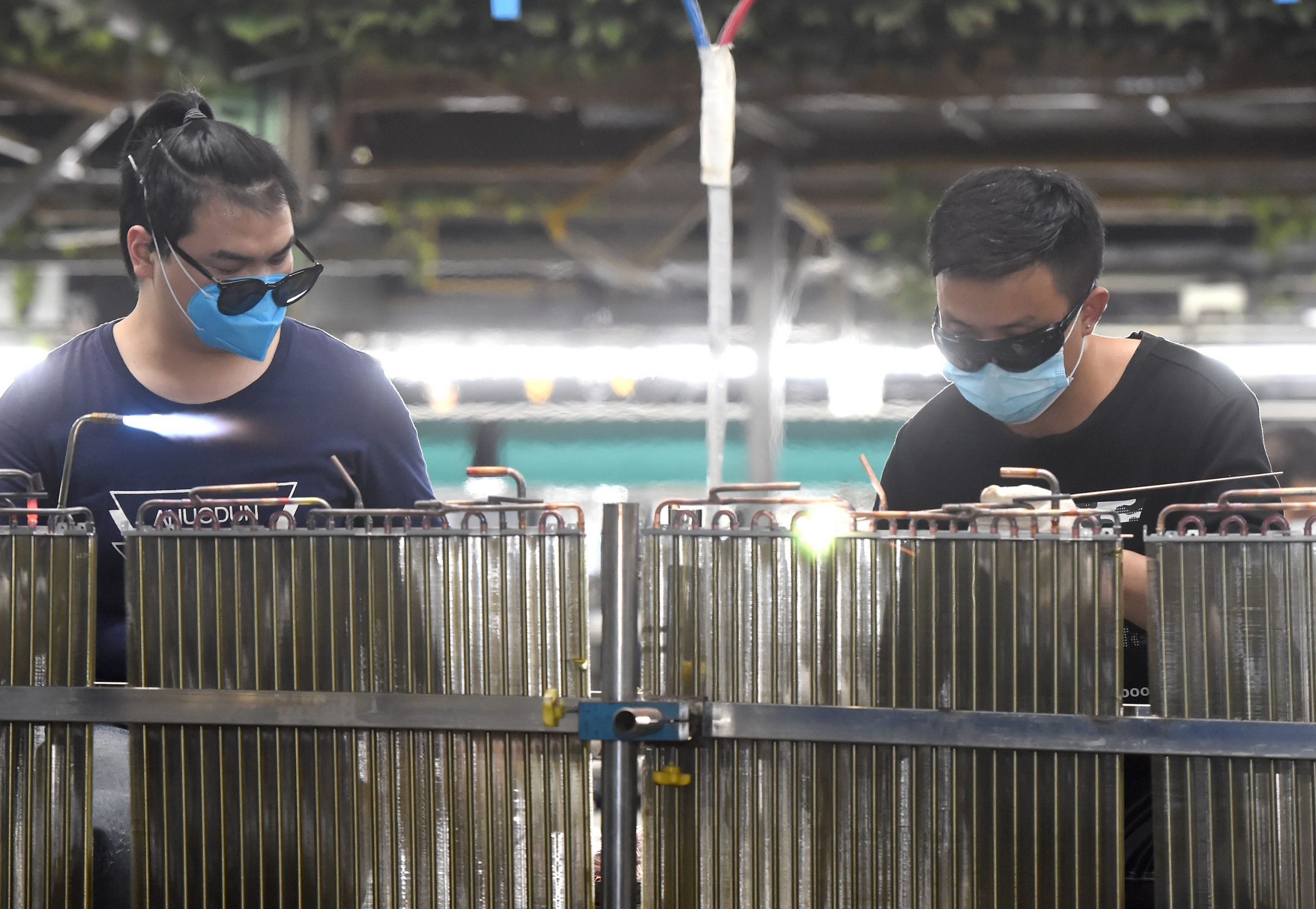 Stocks in Asia traded lower on Wednesday morning as investors await the release of a private survey of Chinese manufacturing activity in March, expected to be out around 9:45 a.m HK/SIN.

In Japan, the Nikkei 225 dropped 1.76% in early trade while the Topix index shed 1.59%. The big manufacturer’s index in the Bank of Japan’s Tankan March 2020 for the first quarter came in at -8. That was its lowest level since March 2013, according to Reuters. Still, that was above expectations of a reading of -10 in a Reuters poll.

Investors await the release of the Caixin/Markit Manufacturing Purchasing Managers’ index for March, a private survey of China’s manufacturing activity. It’s set to be out at about 9:45 a.m. HK/SIN, which could provide further clues to the economic impact of the coronavirus outbreak in China.

On Tuesday, China said its official manufacturing PMI for March came in at 52.0, indicating an expansion and defying expectations of a contraction. Analysts polled by Reuters had expected the figure to come in at 45 for the month. PMI readings below 50 signify a contraction, while figures above that level indicate an expansion.

The Dow and S&P 500 had their worst first-quarter performances ever, losing 23.2 and 20%, respectively. The Dow also had its worst overall quarter since 1987 while the S&P 500 had its biggest quarterly loss since 2008.

The U.S. dollar index, which tracks the greenback against a basket of its peers, was last at 98.974 after declining from levels above 99.5 seen earlier.

The Japanese yen traded at 107.41 per dollar after strengthening from levels above 108 yesterday. The Australian dollar changed hands at $0.6133 after seeing an earlier low of $0.6107.

Oil prices declined in the morning of Asian trading hours, with international benchmark Brent crude futures down 1.14% to $26.05 per barrel. U.S. crude futures also dipped 0.1% to $20.46 per barrel.

What’s on tap for Wednesday: