As Ian Knocks Out Power To Millions In Florida, America’s ‘Mutual Aid’ Network Of Electrical Workers Springs Into Action 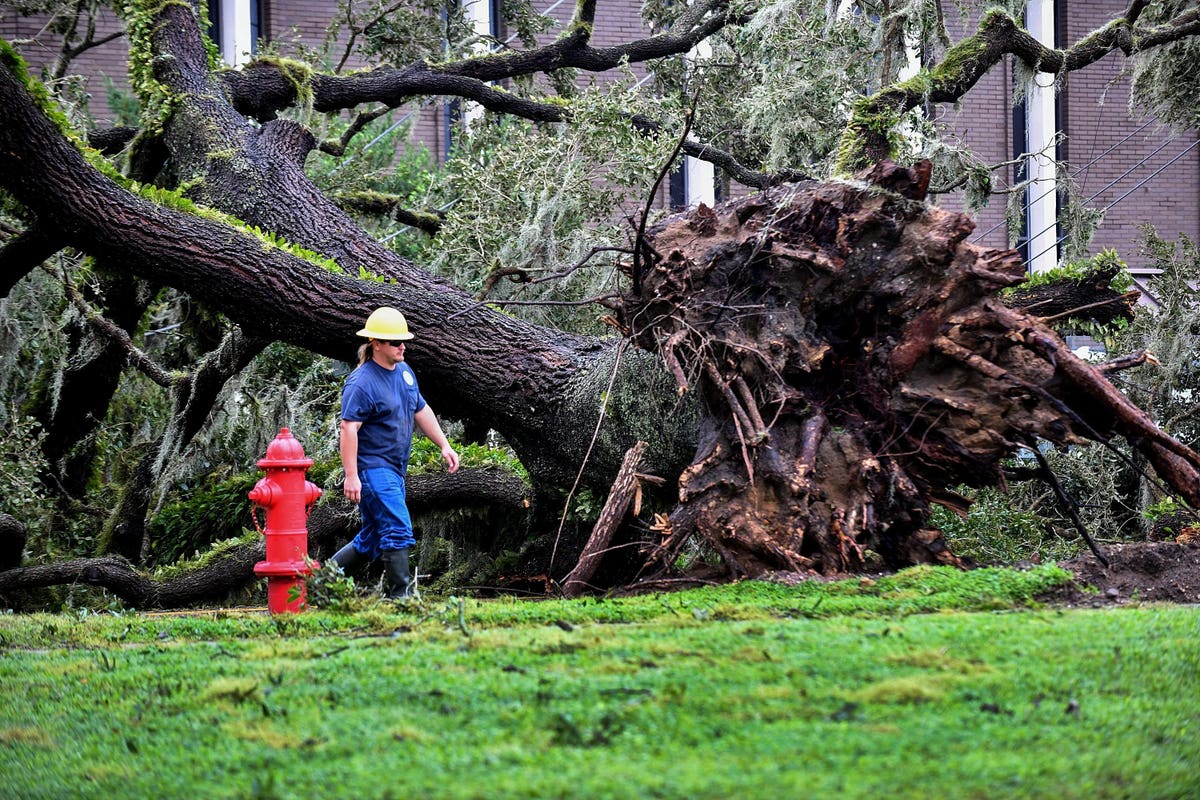 Hurricane Ian lashed western Florida yesterday with 150 mph winds and a storm surge of as much as 12 feet near landfall west of Fort Myers. In Naples, streets became rivers, trapping residents in their homes. In Port Charlotte the roof was ripped off a hospital intensive care unit. Some 2.5 million evacuated. Exploding electric transformers accompanied Ian’s arrival. At the height of the storm power was out for 2 million homes and businesses — mostly customers of Florida Power & Light, Duke Energy and Tampa Electric. Worst hit were Lee and Collier counties, with more than 200,000 customers out late Wednesday. In a statement early Thursday morning, FPL’s CEO Eric Silagy said portions of their transmission grid in southwest Florida would need to be rebuilt rather than just repaired, which for some might take a couple weeks.

Meanwhile, Gov. Ron DeSantis said that 42,000 electric linemen were descending on Florida to help with repairs. With that much help, most neighborhoods will be re-energized in days. That’s thanks to the American Public Power Association’s activation of what’s known as the mutual aid network, which has drawn 500 responses from 18 states.

The mutual aid networks that can draw on the equipment and skills of distant electric utilities are what makes even the problematic U.S. grid as resilient as it is in the wake of big storms. In contrast, consider the plight of islands like Puerto Rico (still recovering from Hurricane Fiona) and Cuba. Before hitting Florida, Hurricane Ian smashed the western portion of Cuba, leading to a collapse of the entire Cuban power grid — a total blackout for the first time in memory for 11 million people.

Linemen from one region know they can rely on their counterparts across the country. When Superstorm Sandy hit the New York region in 2012, hundreds of workers from Louisiana sprang to action — to pay back the teams from the northeast that came to help after Hurricane Katrina.

Ahead of Ian, Southwestern Electric Power (an AEP subsidiary) said it was sending 300 workers with their trucks and gear from Louisiana. “Just as other utility companies have answered our call in times of need, we’ll be ready to assist those who are impacted by this storm,” said SWEPCO VP Drew Seidel.