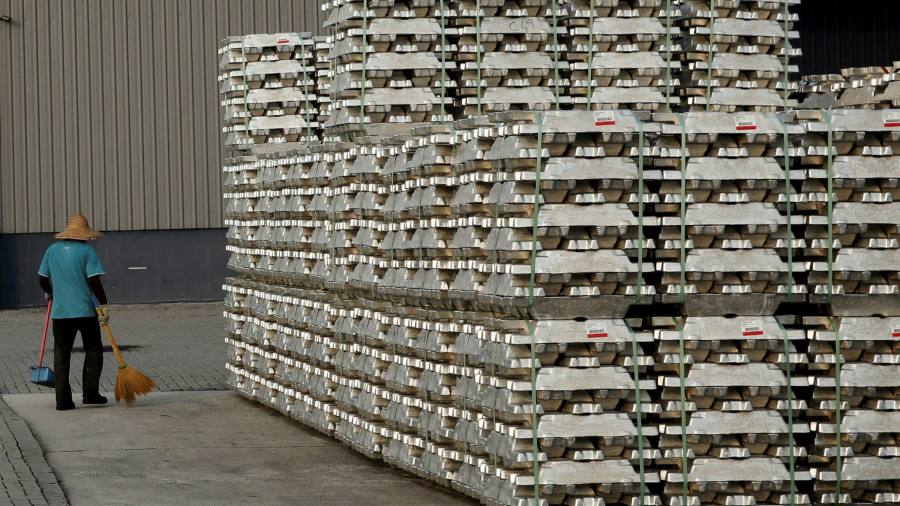 The aluminium industry is facing a huge supply glut that could trigger thousands of jobs losses as the coronavirus pandemic forces key customers to halt production.

Demand for the lightweight metal, used in everything from cars to drinks cans, will drop 8 per cent this year, reflecting severe lockdowns in the world’s biggest economies, according to consultancy CRU.

Carmakers including Peugeot, Volkswagen and Ford have already cut production at plants in Europe and North America because of quarantine measures and falling demand for new vehicles.

As a result aluminium production could outstrip global consumption by 6m tonnes this year or 4m tonnes if major producers, which include Alcoa and Rio Tinto, move quickly to close smelters.

To put that figure in perspective, the surplus following the global financial crisis a decade ago reached 3.9m tonnes, which the industry took years to digest

CRU reckons smelters producing 900,000 tonnes of aluminium annually will be closed in China this year and just over 1m tonnes in the rest of the world. “We expect curtailments from the majors and they will be centred in Europe and Australia,” added Mr Dinsmore.

Last year Alcoa put half of its 3m tonne-a-year aluminium smelting portfolio under review, while Rio Tinto has threatened to close plants in Iceland and New Zealand if it cannot negotiate lower prices with local utility companies.

Aluminium prices have been under pressure since spiking above $2,500 two years ago after the US slapped crippling sanctions on Rusal, the largest producer outside of China.

The metal’s price has ground steadily lower because of weak demand, this week hitting a four-year low below $1,600 a tonne.

On Friday En+, the parent company of Rusal, announced a 30 per cent drop in annual net profit, which it blamed on depressed demand, and said it would not pay a dividend.

With half of the global aluminium capacity now lossmaking, Colin Hamilton, analyst at BMO Capital Markets, expects a more aggressive response from the industry than CRU.

“We are modelling 4.2m tonnes per annum of capacity idled by the third quarter, or 7 per cent of current productive capacity,” he said. “After adjustments, we end up with a 1.35m tonne surplus, the largest since 2010.”

The 60m tonne-a-year market for aluminium has a mixed record of responding to demand shocks. After the global financial crisis, producers failed to curb production quickly enough and metal piled up around the world.

As a result, huge amounts of aluminium found its way into London Metal Exchange warehouses where traders took advantage of cheap credit to buy inexpensive metal, store it and sell in the futures market for a profit, utilising a market structure known as contango.

When demand recovered, long queues formed to take delivery of aluminium, which triggered furious complaints by metal users and also an investigation by US regulators.

Given the size of the projected surplus, contango trades could become viable again and help absorb some excess metal over the coming months, according to Mr Hamilton.