A Fund to Support the Muslim-American Community, Inside and Out 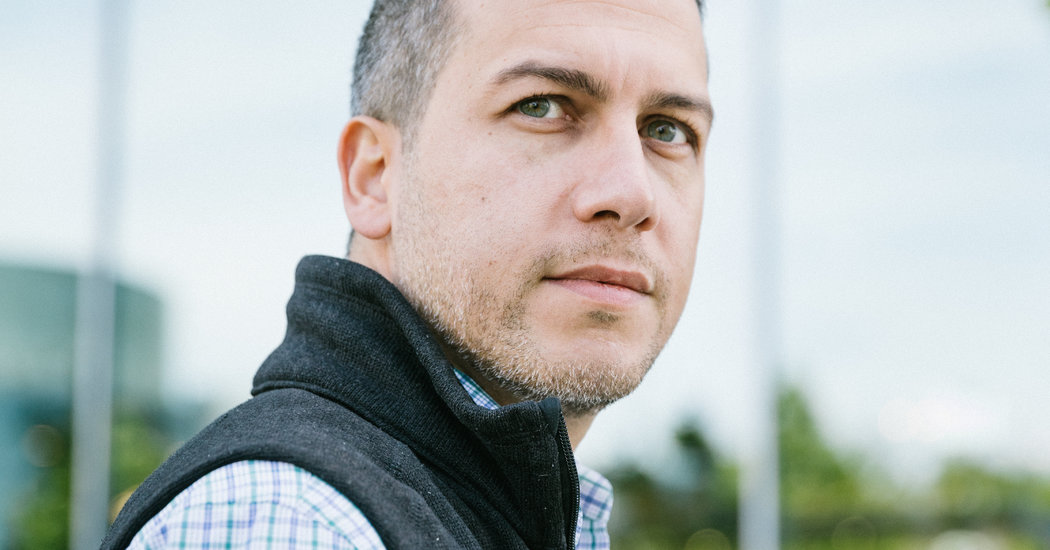 After attaining professional success and wealth, Anas Osman, a technology entrepreneur and executive, turned to philanthropy. He wanted to help other Muslim-Americans embrace the opportunities in the United States.

So he and some friends from Chicago, who had also achieved financial success, came up with an idea that was decidedly unconventional. They didn’t want to build an app for charity or introduce a new metric for giving. Instead, Mr. Osman and his friends, all Muslim-Americans, created a model that more closely resembled a 19th-century benevolent society.

Their organization, the Pillars Fund, would hark back to what similar groups did for Irish, Italian and Chinese immigrants: support organizations working in an ethnic community while trying to counter negative perceptions.

The organization started in 2010 as a donor-advised fund, an investment vehicle created to manage donations on behalf of charities. It was set up at the Chicago Community Trust, a community foundation in their hometown, Mr. Osman said. In the first year, it received a matching grant from a group founded by George Russell, whose company created the Russell stock indexes.

“That helped seal our fate together,” he said. “There was a greater sense of responsibility and duty. We got into the flow.”

In using an earlier model of philanthropic engagement, the founders of the Pillars Fund aimed to support service organizations in the Muslim-American community. But they also wanted to help groups working to change the narrative of Muslims and present a more diverse view of the community than extremists and Hollywood generally portray.

Doing this in an age of social media, with its easy engagement and rapid dissemination of news, presents an opportunity that benevolent societies of the past did not have: promoting positive portrayals while also responding to negative ones in real time.

Succeeding in that mission, even with the aid of technology, is not easy. Leslie Lenkowsky, professor emeritus at Indiana University’s Lilly Family School of Philanthropy, said an organization like Pillars could thrive simply by acting as a vetting organization.

Philanthropy needs that type of scrutiny, he said, citing an example in which, after the Sept. 11 terrorist attacks, Muslims gave money to a faith-based charity that was actually funneling the donations to Islamic terrorist groups.

Mr. Osman said he was raised to give back. His parents had come to the United States from Syria to work as doctors. They invested their time in community building, helping to put up a mosque in the Chicago suburb where they lived.

His first endeavor in philanthropy was starting a group to help Muslim-American students and young professionals contend with their identities after the Sept. 11 attacks.

The strategy of Pillars is different. It looks to community organizations that are too small to attract support from large foundations like the Open Society or the Ford Foundation (which has provided funding to Pillars). In this way, Pillars acts like a venture capital incubator for social ideas.

“We wanted to give unrestricted support for three years and hope the organizations matured,” Mr. Osman said. “And if they matured sufficiently, Pillars would be in their rearview mirror.”

The challenge was expanding their fund-raising beyond the five founders.

Kashif M. Shaikh, who was working at the Robert R. McCormick Foundation, a large foundation in Chicago, initially volunteered to help the founders run their fund. As it grew, he became Pillars’ executive director, charged with bringing in more funders while honing the organization’s mission.

Last year, the fund made 26 grants totaling about $625,000. That’s small for any nonprofit organization. The organization, though, is trying to pick its spots: fighting poverty, combating racism in the Muslim community and promoting entertainment with positive role models, like “Ramy,” a series on Hulu about the life of an Egyptian-American living in New Jersey.

“We’re not going in saying we are going to eradicate racism,” Mr. Shaikh said. “What we’re saying is, we’re combating these stereotypes” of Muslims as terrorists.

Sameer Shamsi, who works as an investment banker in New York, joined Pillars as a trustee. Young and successful, he had been giving in a traditional way: sending money to his college and business school, because, he said, they had asked him.

Having grown up going to Catholic school by day and Muslim school at night, he toggled between the two worlds and learned how to exist successfully in both. He said he had been drawn to Pillars by the opportunity to do the same on a larger scale.

“Many of the initiatives Pillars supported then and continues to support today were early in their life cycle,” said Mr. Shamsi. “I felt we were seeding really exciting investments.”

One initiative Pillars supports is an oral history project at the Brooklyn Historical Society. It aims to show the scope of the Muslim community in Brooklyn and its contribution to the borough and the country.

Another is an anti-racism group focused within the Muslim community. Margari Hill, a co-founder and executive director of the Muslim Anti-Racism Collaborative, said that Muslims in the United States were roughly divided into thirds — black, South Asian and Middle Eastern — and that they did not necessarily get along despite their shared faith.

“We want to change the conversation,” said Kalia Abiade, director of programs at Pillars. “We think American Muslims can contribute to society in a way that advances opportunity for all people.”

The funders behind Pillars looked to other faith-based organizations, particularly in the Jewish community, for guidance, but they also wanted to leverage the dollars in a more substantial way.

Dilara Sayeed, who founded vPeer, a mentorship group, and her husband, Yousuf, a doctor, redirected their own donations to Pillars to increase the effect they could have.

“I didn’t want to be figuring it out ourselves,” said Ms. Sayeed, who is now a trustee. “How did other groups do this? How could we use models from L.G.B.T.Q. and Jewish groups and not have to reinvent this all ourselves?”

Outside organizations have taken note. The Ford Foundation has given $1.65 million to Pillars since 2016, to support grants around creating community engagement and preventing bias and discrimination. The Nathan Cummings Foundation, whose money is derived from the wealth of the founder of Sara Lee baked goods, has given both money — $300,000 — and support as a Jewish faith-based charity.

Measuring success isn’t as clear. Mr. Shamsi, the banker, said one measure was the level of interest. There were 200 inquiries in 2018 for the 26 grants that were awarded, about the same as the year before.

But on the bigger issue of the perceptions of Muslim-American, change was not going to be quick. “We have to be patient with the long game,” said Ms. Sayeed. “It’s not frustrating, but it’s required us to keep our focus.”

Professor Lenkowsky of Indiana University said that changing the perception of any ethnic group took decades and that even then, it was never fully transformed.

But for Mr. Osman and his co-founders, being a voice in that debate is crucial. His goal is to give to more groups to increase their visibility and through that “to ultimately humanize American Muslims and underscore the breadth of what American Muslim mean — as opposed to a very narrow definition.”