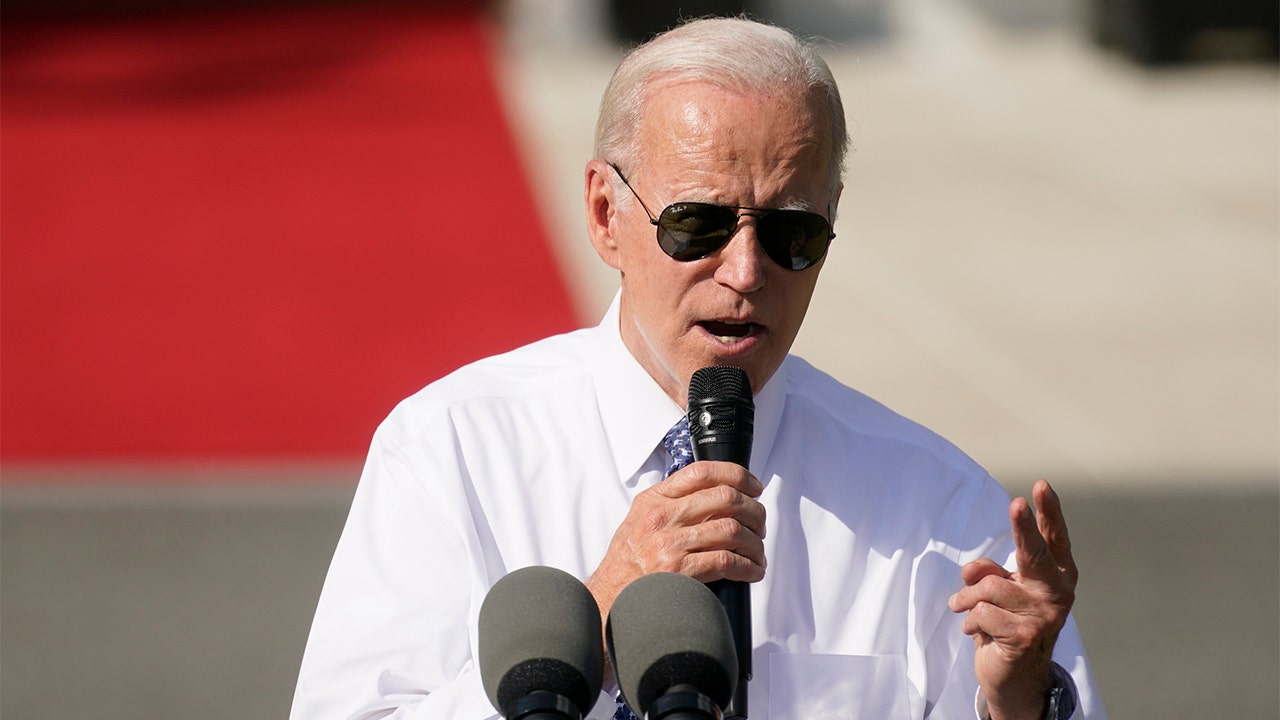 First, he will not stop spending. After crowing about the dubious deficit cuts contained in his Inflation Reduction Act, the president decided to cancel student debt to the tune of as much as another trillion dollars.

According to the nonpartisan Committee for a Responsible Federal Budget, in less than two years Biden has added $4.8 trillion to our long-term debt. That tsunami of government (taxpayer) spending is spurring the highest inflation in 40 years, crushing the well-being of average Americans.

Second, all the benefits being provided by an unpopular president hoping to buy higher approval ratings, like a 21% increase in food stamp outlays and canceling of student debts, are combining to keep people from having to go back to work.

The single worst impact of the federal gusher of spending has been sidelining workers, driving up the cost of labor. The Atlanta Fed reported that wages rose 6.7% in August, a multi-decade high. The wage-price spiral is now a reality; the rail agreement, which sets a new bar for labor negotiations, just made it worse.

Third, Biden’s enthusiastic embrace of Big Labor means higher wages, as we have just seen. Many of the president’s generous plans to rebuild America include provisions requiring the use of unionized workers; that means less competition and higher costs. He has also proposed making union dues tax deductible and undone pro-business measures adopted by President Trump that, for instance, defined the role of independent contractors.

The rail agreement highlights the rising cost of Joe’s promise to be the “the most pro-union president you’ve ever seen.” We’re just at the beginning.

In the face of devastating inflation and an economy on the brink of recession, Joe Biden is undeterred. Indeed, he has been taking so many victory laps lately he must be getting dizzy.

Some have ended badly, like the garden party celebrating his Inflation Reduction Act. That preposterous event coincided with dismal news on actual inflation, and one of the worst stock market sell-offs in recent times. The Dow fell nearly 1,300 points, but there Biden was, yelling about how his climate bill (that most agree will not lower prices and indeed is poised to make life more expensive), was GOOD FOR THE PEOPLE!!!

(Biden has only one volume setting these days, and it is LOUD. Shouting like a crazy person is how the president hopes to douse concerns about his vitality and fitness for the job.)

But it was the latest celebration that is our focus. Biden did a victory jig at the White House about the settlement that averted a rail worker strike, saying the deal was “an important win for our economy and the American people.”

The ever-helpful New York Times deemed the settlement a “victory for President Biden, whose administration helped broker the deal.”

CNN reported that “President Joe Biden called in personally to talk to negotiators” and met with the teams representing management and labor in person after an agreement was reached.

The reporting showcased the president’s presumed negotiating skills, which during the 2020 campaign were touted as proof Biden could “work across the aisle” with his political opponents. That talent appears to have disappeared; Biden now specializes in demonizing Republicans, or indeed anyone who doesn’t agree with him.

Biden must therefore have been discouraged – and confused – to see stocks plummet yet again. After all, he “saved” the nation from a shutdown that would have reportedly cost the economy some $2 billion a day in lost commerce.

But investors were not thrilled with the rail settlement, and rightly so. The agreement is expensive and could well set the stage for more costly labor contracts to come. Workers will get an immediate 14% raise, cash bonuses of $1,000 per year and a 24% increase overall in wages over five years.

In addition, rail employees will not face any increases in the deductibles for health care insurance and will also be allowed more time off for medical issues.

You can’t blame unions for demanding higher pay. After all, the cost of living is increasing at more than 8% annually today, and American workers are falling behind. But Biden’s enthusiasm for Big Labor will be an accelerant on the pay hikes that companies will have to grant; those increases are being embedded in inflation and will likely get worse as unions regain their mojo, with help from the White House.

We are seeing companies like Starbucks and Amazon face successful union organizing efforts for the first time; newly formed unions will have to prove their worth by delivering generous contracts. Meanwhile, the enduring shortage of workers means employers will have to go along or lose scarce employees.

Teachers in Seattle, Washington, on a picket line, Sept. 7, 2022, after voting for a strike.
(Charles Stewart/Fox News)

Unions, meanwhile, are celebrating their newfound power by increasing numbers of strikes at companies like tractor-maker Deere & Company and cereal producer Kellogg. We’ve also seen nurses go out on strike in Minneapolis recently, and teachers striking in Seattle. With tailwinds from the White House, we will see more.

As to the threatened rail strike, I never bought it for a moment. For Big Labor to fry Joe Biden’s economy weeks from a midterm election – that was not going to happen. Labor unions have been in decline for decades; this is their moment, thanks to Biden. Approval for organized labor has been on the rise; it would have been political craziness to turn that around.

The rail strike may have prevented a temporary hiccup to the economy but make no mistake – the rising costs of Biden’s agenda means the country is suffering from far worse.

Liz Peek is a Fox News contributor and former partner of major bracket Wall Street firm Wertheim & Company. A former columnist for the Fiscal Times, she writes for The Hill and contributes frequently to Fox News, the New York Sun and other publications. For more visit LizPeek.com. Follow her on Twitter @LizPeek.