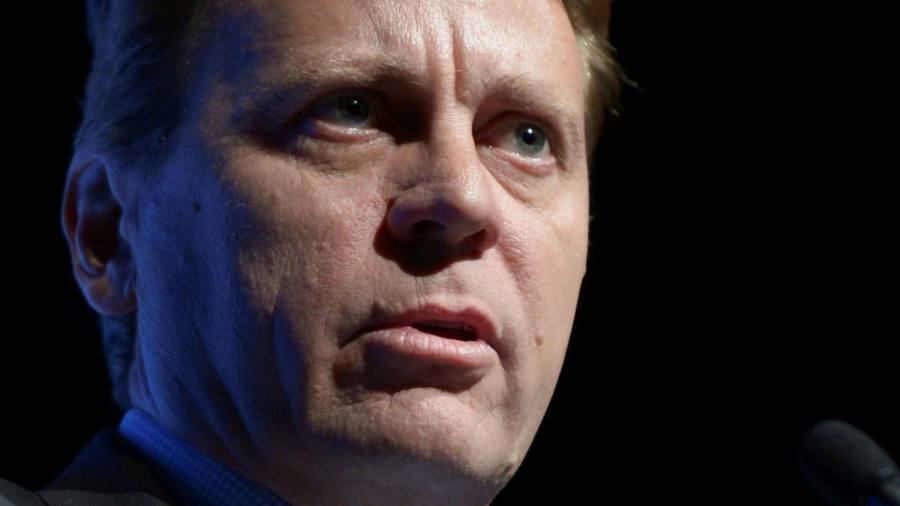 Newmont, the world’s biggest gold miner, is looking to set a long-term emissions target consistent with the Paris climate agreement, in what would be a first for the sector.

Tom Palmer, its Australian chief executive, said the company was creating a “zero-emissions” mine in Canada that would be a blueprint for moving towards a company-wide net-zero goal.

Gold miners are coming under growing pressure from investors to reduce the environmental impact of their mining operations and improve relations with local communities. Yet so far no large company in the sector has set a net-zero target, unlike counterparts in base metals and the oil and gas industry.

Speaking ahead of Friday’s FT Commodities Mining Summit, Mr Palmer said environmental, social and governance issues had become increasingly pressing and would be a key factor for investors when deciding which gold stocks to own.

“This decade — and maybe the first half of this decade — is when you are going to start to see differentiation in where investors put their money,” Mr Palmer said. “I think ESG leadership and performance is going to become an increasingly important differentiator within the industry.”

Gold miners have enjoyed a bumper year as the precious metal’s price has risen — it hit a record of more than $2,000 an ounce in August and is up 26 per cent since January 1. Shares in Newmont are up 43 per cent this year at $62 on the New York Stock Exchange.

Yet Mr Palmer, an Australian who is the fourth generation of his family involved in mining, said the gold mining industry was showing good discipline and was unlikely to repeat the spending spree of the last bull market last decade as long as it focused on increasing margins and reserves.

“I can count on two fingers the questions we get around growth,” he said.

Mr Palmer, who took the top job in October, helped steer the company’s $10bn acquisition of Canadian miner Goldcorp in 2019. He said Newmont had a “goldilocks-sized” portfolio and was not looking to do any large acquisitions.

Understanding where gold is going to settle out is hard to see. I think we have got to go through the other side of 2021 to really understand that

Newmont, founded in 1916, operates 12 mines worldwide. It has two joint ventures with rival Barrick, which launched a hostile bid for Newmont in 2019.

Newmont’s Borden underground mine in Canada has a fleet of 35 fully electric vehicles and came into production in October. Globally only 0.5 per cent of mining equipment is electric, according to McKinsey.

“It’s that sort of technology that will help bridge the gap to zero emissions,” Mr Palmer said.

Newmont had also learned “hard lessons” about the social aspects of ESG while operating in Peru and Indonesia in the 1990s and early 2000s, Mr Palmer said. “That set us on a journey to ESG [environmental, social and governance] a long time ago,” he said. “I grew up in mining towns, I’ve seen the impact of mining companies.”

Last year Mr Palmer shut down the Peñasquito mine in Mexico following a blockade by the local community over a water supply dispute, to give them time to find a solution. The mine was one it acquired following its acquisition of Goldcorp.

“I made the decision to shut the mine down and send the people home — we were prepared to take the pain for a sustainable solution,” he said. “Two weeks later they lifted the blockade.” 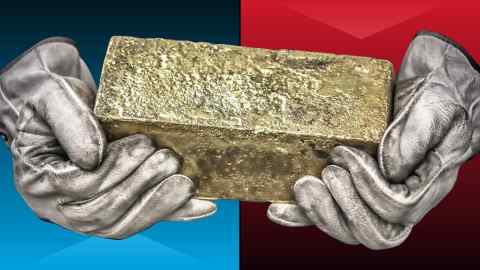 Mr Palmer says his priorities are spending $2.5bn on three expansion projects in Ghana, Australia and Peru, paying down debt and returning cash to shareholders. Newmont is expected to generate $19bn of free cash flow over the next five years if gold prices stay at current levels.

Gold’s trajectory, however, is far from certain. Prices have already fallen 7 per cent from a record high above $2,000 reached in August, to trade at $1,914 an ounce.

The company has no plan to change its long-term gold price forecast of $1,200 an ounce, according to Mr Palmer, who said it was difficult to judge where gold was going to “wash out”.

“Understanding where gold is going to settle out is hard to see. I think we have got to go through the other side of 2021 to really understand that,” he said.

Given the uncertain outlook caused by the pandemic, Mr Palmer said Newmont would probably carry “a bit more cash on its balance sheet”.

“We can do some things to increase returns to shareholders and we will. But there are some things we want to understand with respect to how the world is playing out as we think about further returns,” he said.

Over the past 18 months Newmont has returned more than $2bn to shareholders, more than the next eight biggest gold companies combined. One of those companies is Barrick, which competes with Newmont for the crown of the world’s biggest gold producer.

However, Mr Palmer is not concerned that Barrick and its swashbuckling chief executive Mark Bristow might return and take another tilt at the company.

“No, I don’t worry about that at all,” he said. “When I look at our portfolio, the stability of our production profile, the discipline we have in running our business, the differentiation we have in the ESG space, the cash we have generated and the returns we are going to deliver to shareholders, we’re in a very, very strong position.”

‘The stock market had it right’