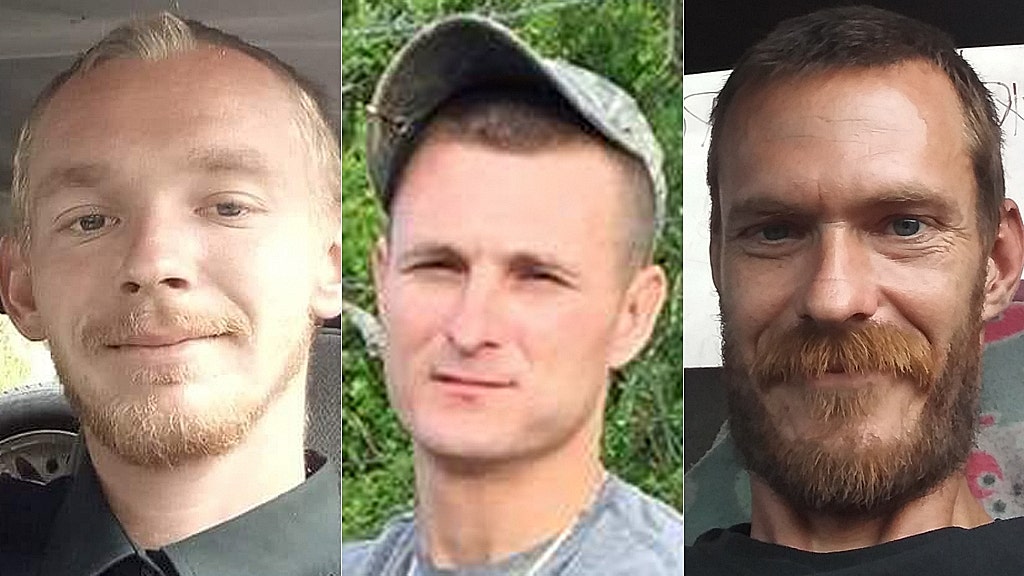 It was a phone call a Florida man dreaded receiving from his son.

Brandon Rollins, 27, and two longtime friends, Keven Springfield, 30, and Damion Tillman, 23, were killed in Frostproof, Fla., on Friday night. But before he died Rollins called his father.

Polk County Sheriff Grady Judd said the three men were “massacred” in the woods near Lake Street after parking their two pickups to go catfishing. He described the murder scene as “horrific,” and said the killers were at large.

FLORIDA SHERIFF INVESTIGATES TRIPLE HOMICIDE ON LAKE: ‘THIS IS A HORRIFIC SCENE’

A spokeswoman for Judd told Fox News on Monday there was no new information about the investigation to report.

“I was just so upset last night, I just didn’t know what to do,” Cyril Rollins said in an interview with WFLA-TV.

Of the call from his son, Cyril Rollins said “we heard some background and they fussing all that, but I left, I went on out here.”

He also told the station, “When I got there I was looking for my son. It was a mess. I found my son. I was holding him. He was telling me what happened but I was too shocked to know what was going on.”

The elder Rollins has revealed what his son told him to investigators, Judd said, but at this time they are not disclosing details.

Rollins was sleeping when his son called. After finding his son, he drove to a gas station and called 911. He had left his cellphone at home when he rushed out of the house, Judd said.

WFLA also interviewed the mother of Brandon Rollins, who is determined that justice be served.

“I know it can’t bring my son back, but I just want to see something done,” Dottie Payton said. “This was horrible.”

The family said Brandon was an avid fisherman and wild hog hunter. Payton said her son went fishing almost every other night.

“I moved here from Jacksonville, Fla., for him two years ago and this is not how it was supposed to be and I want justice for him. And I will not stop until he gets it,” she said.