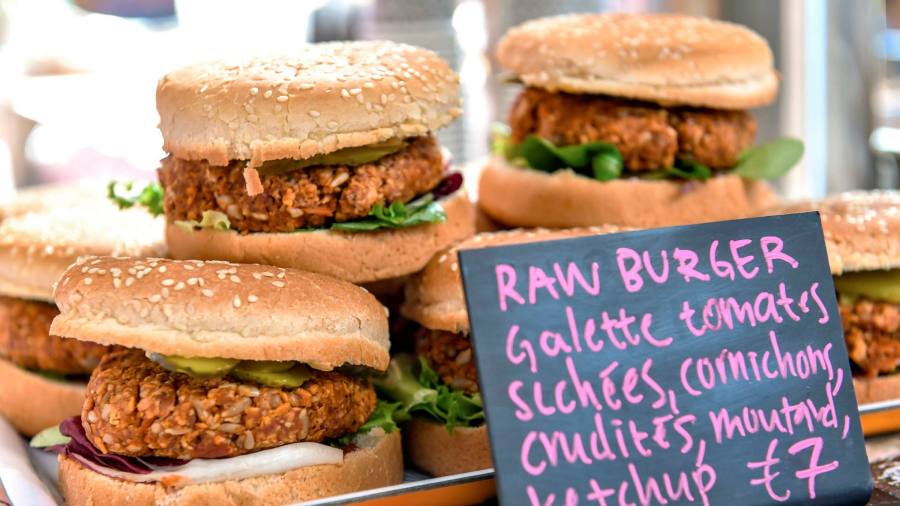 A battle over whether vegan burgers and sausages should be replaced by vegan “discs” and “fingers” is intensifying in the EU ahead of a vote in European Parliament on a contentious food labelling amendment next week.

On Wednesday, MEPs are scheduled to vote on whether to limit the use of words such as “steak”, “sausage”, “escalope” and “burger” on labels for products containing meat. The move has been backed by the region’s meat and livestock industry and has won the support of the European Parliament’s agricultural committee.

The vote comes as vegan alternatives are growing popular, boosted by new entrants into the plant-based substitutes market which mimic the look, taste, and mouth feel of real meat. The pandemic has hit meat processors and also provided a tailwind for sales of plant-based products, which have jumped 73 per cent in Europe over the past five years, according to Euromonitor, the consumer data group.

MEPs and campaigners said the vote hung in the balance. If approved by a majority of MEPs, the amendment, which is part of a reform of the EU common agricultural policy, will be discussed as part of further negotiations between the parliament and EU governments. The measure will only make it to law if it is agreed by both institutions.

Livestock and meat industries claim that the use of meat related terms and names confuse consumers. “If we do not protect [meat products], we risk misleading consumers and allowing the hijacking of the work done by the livestock chain over the years to develop their renowned products,” said Copa Cogeca, the association of European farmers and co-operatives.

Opponents argue a change in labelling would also confuse consumers. Elena Walden, Europe policy manager of plant-based meat advocacy group Good Food Institute, described a potential EU ban as “patronising” for consumers, while Jytte Guteland, a Swedish MEP, said names such as “veggie burger” had been around for a long time. “It’s important that we help consumers to make climate friendly choices and for them to eat less meat,” she said.

Some meat processors and distributors have started offering their own vegan products or forming partnerships with alternative protein producers, triggering the ire of livestock farmers.

“What is vegan meat?” said Antonio Tavares, a Portuguese pork farmer who also grows grains and vegetables. “I’m not saying vegan products are bad for our health, but it’s [a] completely different [product]. A burger, it’s meat.”

EU member states already have the power to issue their own food labelling laws in a bid to prevent consumers from being misled. Earlier this year, France passed a similar legislation to ban the use of meat nomenclature for vegetarian and vegan substitutes.

However, the Dutch government last year announced that plant-based meat producers can use terms such as “chicken” as long as it was clearly marked that it was a vegan or vegetarian product.

Europe has already clamped down on dairy substitutes when the European Court of Justice in 2017 banned the use of terms such as “milk”, “butter”, and “yoghurt” for marketing non-animal products.

A move to stop plant-based meat producers from using meat-related nomenclature is also spreading across in the US, with individual states considering or passing legislation. However vegan food companies and campaigners are launching legal challenges against such laws in the federal courts.

Bitcoin’s Trading Volume is Dying Out; Setting the Stage for Explosive Volatility

14/07/2020 admin Comments Off on Bitcoin’s Trading Volume is Dying Out; Setting the Stage for Explosive Volatility

Alphabet Inc (GOOGL) Moves Up For the 4th Day In A Row, in an Uptrend Over Past 90 Days; Price Base in Formation Over Past 30 Days